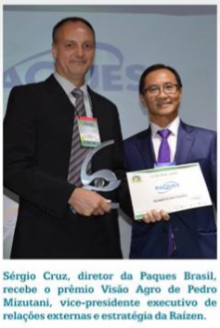 On July 24, Paques Brasil received the Award Visão Agro in an event at the Beira Rio Piracicaba Space.
Paques was pronounced the number one company in the category of water and effluent treatment in the south-central region of Brazil.

In this 9th edition, the Visão Agro Award honors mills, distilleries or companies that supply products and services, as well as visionary entrepreneurs which excelled in transformation and production areas in the sugarcane sector in the south-central region of Brasil. Paques Brasil was represented in the event by director Sérgio Ramos da Cruz, and the company was mentioned as one of the companies that made the difference in the 2017/2018 cycle.

Paques' main solutions for the sugar-energy sector are plants for the treatment of industrial effluents such as wastewater and condensates that produce biogas at the same time. This biogas can be used to generate electricity in the production process. 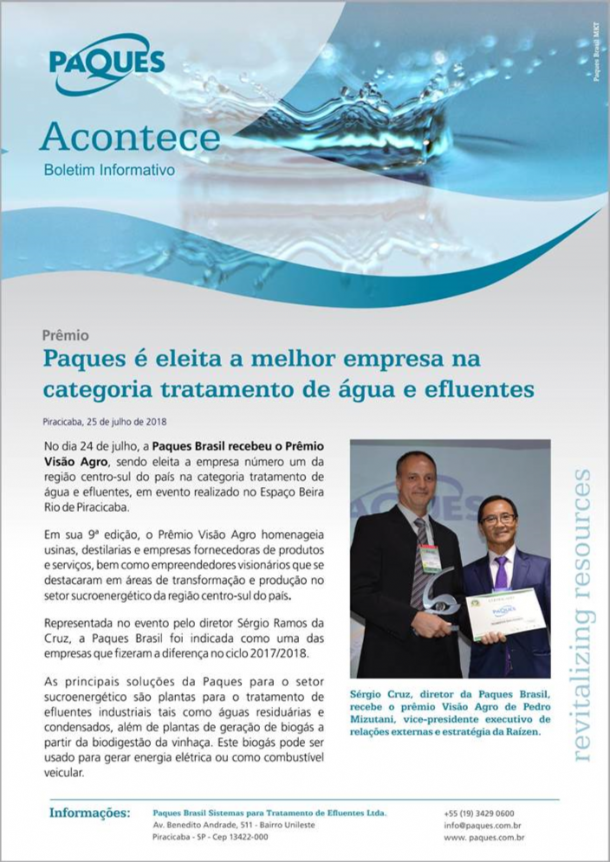